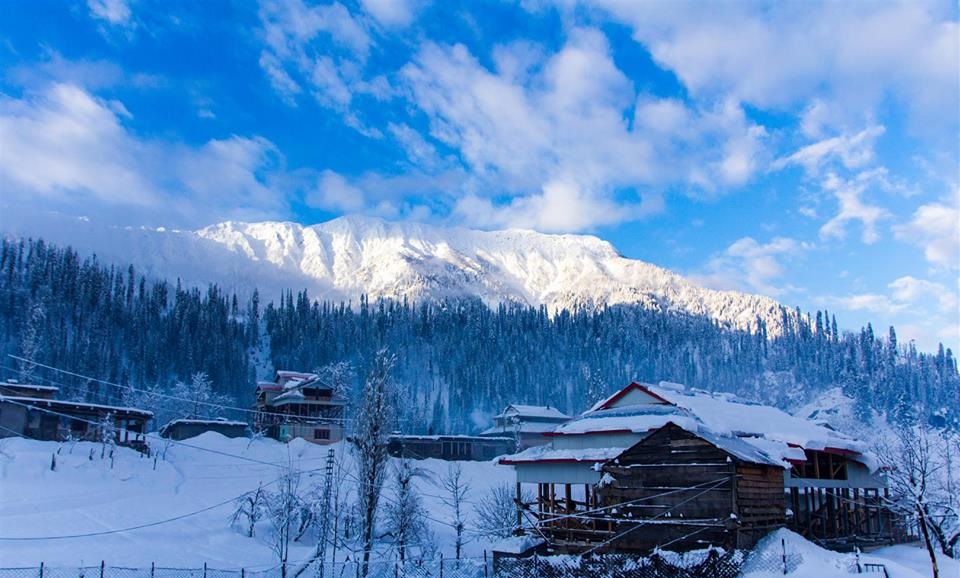 Places to Visit in Winter in Pakistan-Pakistan is one of those places which is blessed with 4 seasons across the year. And there is also a very prominent transition between these seasons mainly between summer and winter.  The beginning of winter season is usually marked by the rusty leaves falling from the old and sad looking trees.

Usually the winter season is considered a sort of “Bad Omen” to go out with family on vacations and almost all of the major summer holiday destinations, which are jam packed in the peak months, are deserted. The Markets, hotels, shops, everything is usually closed due to cold weather.

The Winter season marks the closure of Babusar Top which blocks access to Hunza, Gilgit and Skardu via Naran and people are forced to chose the Bisham route. Access to Kumrat and Mahodand lake in swat are also blocked and reaching even Malam Jabba and Kalam becomes really difficult. In that moment, tourists in Pakistan don’t have much of a choice. But, there’s still hope.

Places to see in Pakistan in Winter still include Neelum Valley, Mingora, Kalam, Malam Jabba, Murree, Nathiagali and Balakot. Most of these places are open even during very heavy snow falls. This brings another great thing, this is probably The Best Time for Honeymoon in Pakistan since not a lot of people are outside and you can get very good deals at hotels. Each hotel tries to give minimum possible rates to attract customers. Sometimes hotels offer their services for even 30% of their summer prices. Winter, even though it presents a lot of challenges, is still a very great time for spending quality time with the family.

Neelum Valley Azad Kashmir is also a very great place to enjoy winter without facing any problems since most of it is still accessible even when entire valley is under the cover of snow. Similarly, Ski resorts like one in Malam Jabba offer winter sports like skiing. Arang kel Skiing Festival was also being hosted in Arang Kel, Neelum Valley where many national and international Professionals took part. Murre and Nathiagali are the closest to Islamabad and Lahore and these places almost never close despite having some of the heaviest snow falls in the history of Pakistan.

So, in a nutshell, there are still many Places to Visit in Pakistan in Winter season. So don’t be scared of the cold and get ready to spend some quality time with your family.