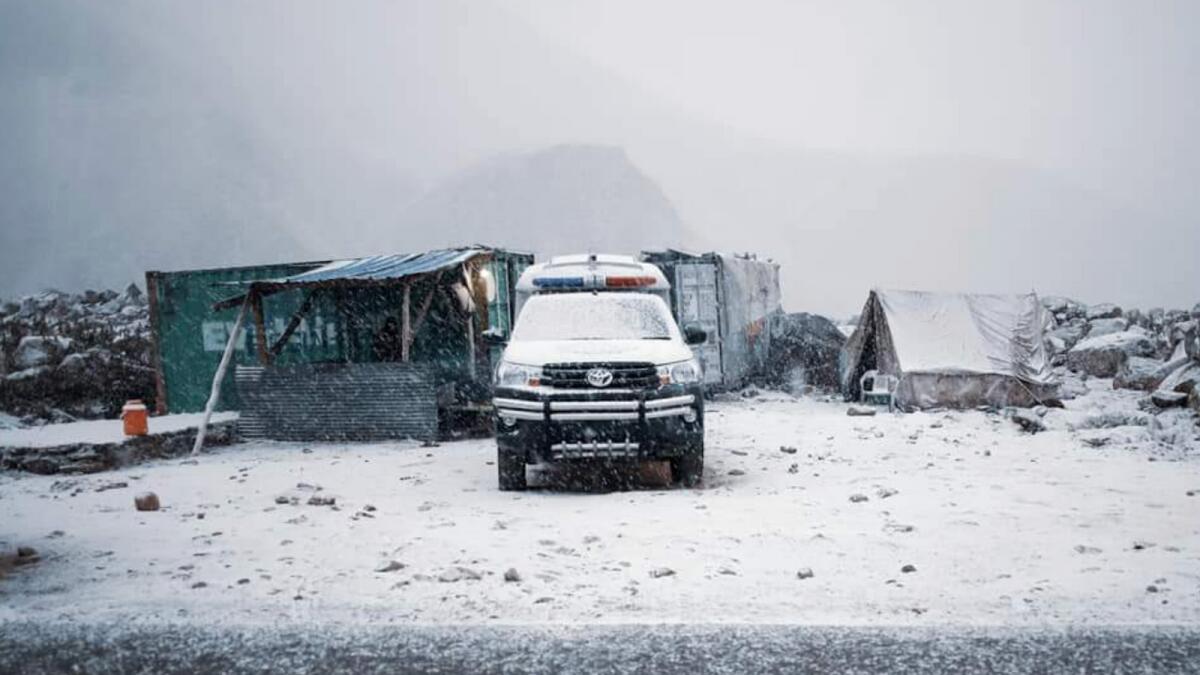 So, answer to the question that “is Babusar Top open now?’  depends if there has been a heavy snowfall in Naran Shogran. You can check weather forecast for Naran here:

If it is showing any recent snowfall or if it says that there is snowfall right now, then you should probably avoid travelling via Babusar Top and use the alternate Besham route instead if you’re travelling to Hunza, Skardu or Gilgit.

Is it safe to use Babusar Top in snowfall/winter?

No, it’s not. Babusar top is one of the highest road passes in Pakistan and probably among the world’s highest too. If there is a recent snowfall, it’s not going to be your normal snowfall where there is a few inches of snow, it could rather turn into a blizzard anytime and will make your journey through it impossible. One could get stuck in the storm for days before any help can arrive. And usually, the local authorities don’t have enough resources and manpower to carry on a rescue mission. So, you should definitely avoid using Babusar Top if the weather forecast for Naran or weather Forecast for Hunza shows any recent of future snowfalls or even rains (You can use the above-mentioned link for that).

When does Babusar Top Close?

Babusar Top, as mentioned earlier, remains open unless there’s a snowfall. The snowfall usually occurs around the end of October or starting weeks of November. But it can occur early too, that is totally natural and unpredictable. But when it does, it completely blocks the Babusar Top Road to Hunza and Skardu.

When does Babusar Top open?

Usually, the Babusar Top opens around late May or earlier June, it can also take longer than that depending on the extent of snowfall. Local authorities try their best to open the pass as soon as possible and usually when the weather starts clearing, it is opened for general traffic.

For more Information and Trip Packages to Naran, Shogran, Hunza and Skardu, please call us @ 03005889022